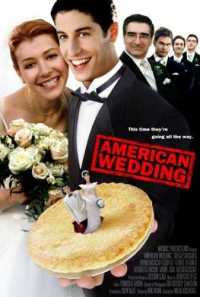 American Wedding (known as American Pie 3: The Wedding or American Pie: The Wedding, in some countries) is a 2003 American sex comedy film and a sequel to American Pie and American Pie 2. It is the third (originally intended final) installment in the American Pie theatrical series. It was written by Adam Herz and directed by Jesse Dylan. Another sequel, American Reunion, was released nine years later. This also stands as the last film in the series to be written by Herz, who conceptualized the franchise.