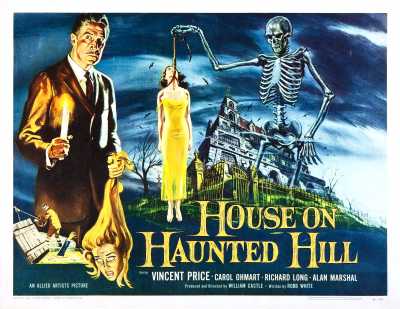 House on Haunted Hill is a 1999 American horror film directed by William Malone and starring Geoffrey Rush, Famke Janssen, Taye Diggs, Ali Larter, and Jeffrey Combs. It also includes a cameo appearance by Peter Graves. The plot follows a group of strangers who are invited to a party at an abandoned asylum, where they are offered $1 million each by an amusement park mogul if they are able to survive the night. Produced by Robert Zemeckis and Joel Silver, it is a remake of the 1959 film of the same title directed by William Castle, and features special effects by famed make-up artists Gregory Nicotero and Dick Smith.