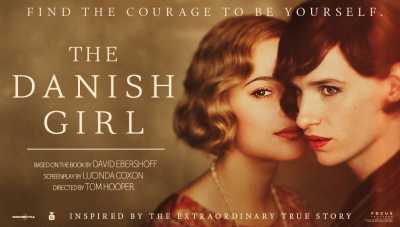 The Danish Girl is a 2015 romantic drama film directed by Tom Hooper, based on the 2000 novel of the same name by David Ebershoff, and loosely inspired by the lives of Danish painters Lili Elbe and Gerda Wegener. The film stars Eddie Redmayne as Elbe, one of the first known recipients of sex reassignment surgery, Alicia Vikander as Wegener, and Sebastian Koch as Kurt Warnekros, with Ben Whishaw, Amber Heard, and Matthias Schoenaerts in supporting roles. The film was screened in the main competition section of the 72nd Venice International Film Festival, and it was shown in the Special Presentations section of the 2015 Toronto International Film Festival. The film was released in a limited release on 27 November 2015 by Focus Features in the United States. The film was released on 1 January 2016, in the United Kingdom, with Universal Pictures International handling international distribution.