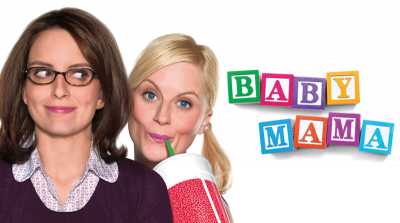 Kate Holbrook (Tina Fey) is a successful single businesswoman who has always put her career before her personal life. Now in her late thirties, she finally decides to have her own child, but her plans are dampened when she discovers she has a minuscule chance of becoming pregnant because her uterus is T-shaped. Also denied the chance to adopt, Kate hires an immature, obnoxious, South Philly woman named Angie Ostrowski (Amy Poehler) to become her surrogate mother.

When Angie becomes pregnant, Kate prepares for motherhood in her own typically driven fashion—until her surrogate shows up at her door with no place to live. Their conflicting personalities put them at odds as Kate learns first-hand about balancing motherhood and career and also dates the owner of a local blended-juice cafe, Rob Ackerman (Greg Kinnear).