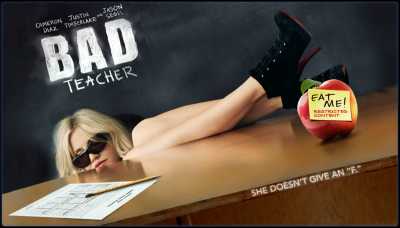 Bad Teacher is a 2011 American comedy film directed by Jake Kasdan based on a screenplay by Lee Eisenberg and Gene Stupnitsky, and starring Cameron Diaz, Justin Timberlake, Lucy Punch, Jason Segel, and Phyllis Smith. The film was released in the United States and Canada on June 24, 2011. It focuses on a lazy middle school teacher who is forced to return to the teaching job she hates and tries to make enough money for breast implants after her wealthy fiancé dumps her.