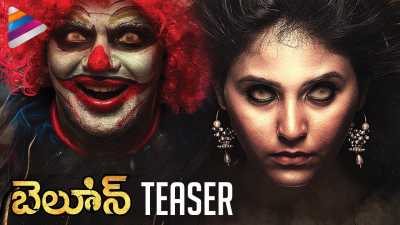 Balloon is a 2017 Indian Tamil language horror comedy film written and directed by Sinish and produced by Dhilip Subbarayan, Arun Balaji and Nandakumar. The film stars Jai, Anjali and Janani Iyer in the leading roles. Featuring music composed by Yuvan Shankar Raja, the film began production during June 2016, and released on 29 December 2017. This film got ordinary success at the box office. In March 2016, Jai signed on to appear in a horror film directed by Sinish, who had earlier made Endrendrum (2014) and worked as an assistant on the production of the shelved project, Vettai Mannan. Produced by Kandasamy Nandakumar and Arun Balaji, the director revealed that Jai would portray a married man and would have three separate looks in the film. Anjali was signed on to play the female lead role in June 2016, despite a statement by the actress in 2011 that she would not like to be in films starring Jai in the lead role. Titled Balloon, the film was launched in July 2016 and began production thereafter.