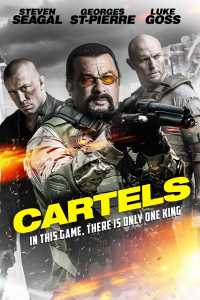 Action legend Steven Seagal headlines this explosive thriller that pits U.S. forces against an Eastern European drug cartel. When crime boss Salazar turns informant, U.S. Marshal Jensen (Luke Goss, Blade II) and his team must guard their luxury-hotel safe house. But as cartel underboss Sinclaire (UFC fighter Georges St. Pierre) and his hit squads descend to murder Salazar, the situation explodes, enraging Agent Harrison (Seagal), who will stop at nothing to root out the mole that compromised the operation.

An elite team of DEA agents are assigned to protect a dangerous drug lord and take refuge in a luxury hotel while they await extraction. They soon find themselves at the center of an ambush as the drug lord’s former associates launch an explosive assault on the hotel.