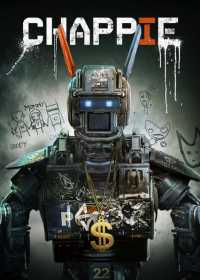 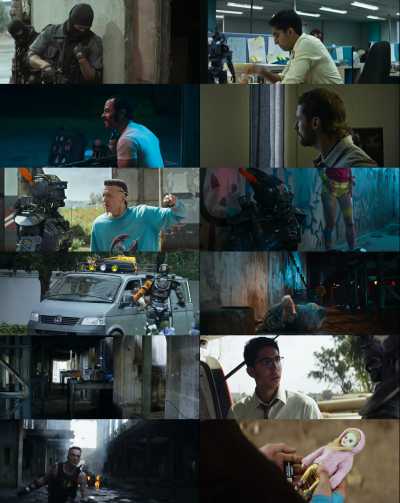 In response to the notoriously high crime rate in the city of Johannesburg, the South African government purchases a squadron of scouts—state-of-the-art, armour-plated attack robots—from weapons manufacturer Tetravaal. These autonomous androids are developed by Deon Wilson and largely supplant the overwhelmed human police force. A competing project within the company is the remotely controlled MOOSE, developed by soldier-turned-engineer Vincent Moore. Deon is praised for Tetravaal’s success but Vincent grows envious when the police are unwilling to give his heavy weapons platform equal attention. At home, Deon creates a prototype artificial intelligence that mimics a human mind to the point of feeling emotions and having opinions, but Tetravaal CEO Michelle Bradley refuses to let him test the A.I. on a police robot. Undeterred, Deon steals a recently damaged robot before it is destroyed and puts it in his van, along with the “guard key” needed to update the robot’s software. On his way home, he is kidnapped by a group of gangsters, Ninja, Yolandi, and Amerika, who threaten to kill him unless he reprograms a police robot to fight for them. Deon installs the new software into the damaged robot, which responds with child-like trepidation upon powering up. Deon and Yolandi calm the robot, teaching it words and naming it “Chappie”. Despite Deon wanting to stay with the robot, Ninja forces him out of their hideout.