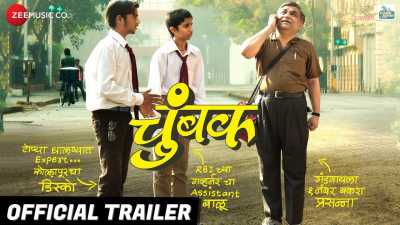 Chumbak (also designated as Chumbak – THE LOTTERY) is a 2017 Indian Marathi-language slice of life drama film directed by Sandeep Modi, produced by Aruna Bhatia, Naren Kumar and Cape of Good Films and stars a renowned lyricist Swanand Kirkire in the lead role. It was released on 13 October 2017 in MAMI 19th Mumbai Film Festival. Later, the film attracted attention of Akshay Kumar who found it “honest and pure”, announcing on social media, and also went on to present it, making his Marathi cinema debut as a presenter. It is slated to be re-released on 27 July 2018. Trailer for the film was released on 5 July 2018.