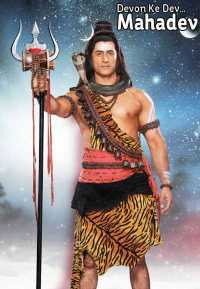 Devon Ke Dev… Mahadev (English: God of the Gods… Mahadev) is a drama series based on the legends of God Lord Shiva, also known as Mahadev. It premiered on 18 December 2011 airing Monday through Friday nights on Life OK. It was dubbed into several languages. The show ran until 14 December 2014 for a total of 820 episodes.

The show has been dubbed in Bengali, Tamil, Malayalam, Oriya, Telugu, Assamese, Marathi, and Indonesian with titles Devadidev Mahadev, Shivam, Kailasanathan, Mahadev, Hara Hara Mahadeva, Mahadev, Devanche Dev Mahadev, and Mahadewa respectively. In Indonesia, the drama was broadcast on antv. It was remade in Kannada as HaraHara Mahadeva The official DVD version of the series Season 1 up to Shiv Parvati wedding is available.