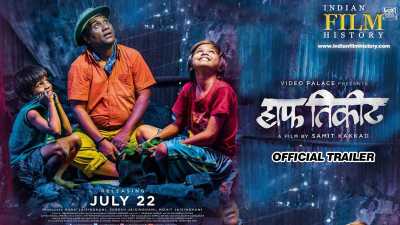 Half Ticket is a 2016 Indian Marathi language film directed by Samit Kakkad and produced by Nanu Jaisinghani, Suresh Jaisinghani and Mohit Jaisinghani. The film is the story of two slum boy brothers and their absolute focus to get what they cannot dare dream of. It is an official remake of the Award Winning Tamil film Kaaka Muttai Produced by Dhanush & Vetrimaaran. Film was released on 22 July 2016. Half Ticket was selected for the Indiwood Panorama Competition section at the 2nd edition of Indiwood Carnival 2016 in Hyderabad. At the 57th Zlin International Film Festival 2017 held in in Czech Republic, Half Ticket won the Ecumenical Jury Award.