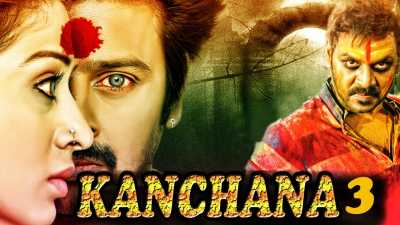 Kanchana 3 is an upcoming Tamil horror/revenge film directed by Raghava Lawrence, starring himself, Oviya and Vedhika in the leading roles. Produced by Sun Pictures, the fourth installment in the Muni series and third installment in Kanchana series, the film began production during October 2017. Following the success of Kanchana 2 (2015), Raghava Lawrence confirmed that more films in the horror comedy series would continue to be made. In August 2015, he announced a film titled Naaga, which he would direct himself, and the film was widely reported to be the fourth film in the Muni series. He approached Jyothika to play a crucial role in the film, but the film did not progress. He subsequently moved on to work on two other films, Motta Shiva Ketta Shiva (2017) and Shivalinga (2017).