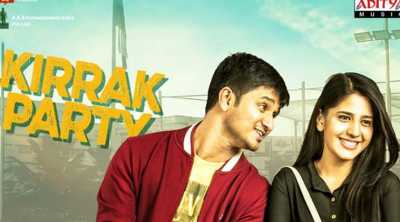 The film features Nikhil Siddharth in the lead role along with Simran Pareenja, making her debut and Samyuktha Hegde reprising her role from the Kannada version. To bring in the Telugu nativity, the film’s screenplay is written by Sudheer Varma and the dialogues are written by Chandoo Mondeti, both being full-fledged directors. The film’s score and soundtrack are scored by B. Ajaneesh Loknath who composed for the Kannada version as well. The theatrical trailer was released on March 13, 2018. The film was released on 16 March 2018.