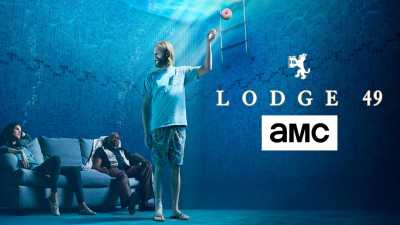 Lodge 49 is an American comedy-drama television series created by Jim Gavin. AMC set a straight-to-series order of 10 episodes on October 5, 2016. The first season premiered on August 6, 2018. The title alludes to the novella The Crying of Lot 49 by Thomas Pynchon, whom Gavin references as an inspiration. On October 4, 2018, the series was renewed for a second season.