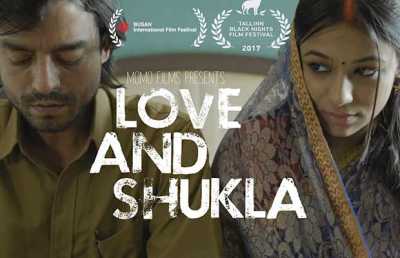 Shukla (Saharsh Kumar Shukla), a newly-married rickshaw driver, struggles to connect with his painfully shy bride Lakshmi (Taneea Rajawat). Their woes are compounded by his friends’ bad advice and his family’s inability to understand the concept of personal space. Shukla, an auto driver from an orthodox Brahmin family, has never intimately known a woman other than the celluloid starlets he watches every day on the 4 inch display of his mobile phone.