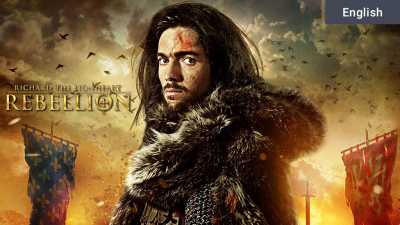 In a Europe divided between the two great powers of England and France, the sons of the English king, Henry the Young, Richard the Lionheart, and Geoffrey, lead a rebellion against their own father supported in their fight by the old king of France, Louis and especially by their French mother, Eleanor of Aquitaine. The eldest of the three, Henry, while trying to find allies, is forced to comply the compromises imposed by a land too much divided and with too many lords. But, after the Queen has been captured in an ambush, the war is inevitable. Richard leads the rebel army and, with his bravery, conquered the most of the English territories on French soil, besieging their father the king in the castle of Rouen. But the kings of England and France are much more intertwined then it could seem at a first glance, in fact their plans were established long before the beginning of the rebellion. The three brothers have to face a path filled of traps, betrayal and shifting alliance until the incomplete defeat. But in the process Richard will learn the true meaning of being a knight and will also meet his promise bride Alys.