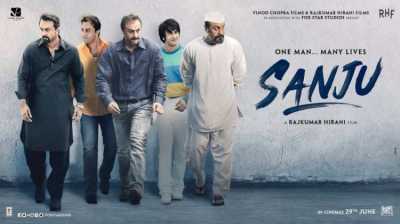 In a conversation with Hirani, Dutt shared anecdotes from his life, which the former found intriguing and prompted him to make a film based on Dutt’s life. It was titled Sanju after the nickname Dutt’s mother Nargis used to call him. Principal photography began in January 2017 and was completed by January 2018. The film’s soundtrack was composed by Rohan-Rohan and Vikram Montrose with A. R. Rahman as a guest composer. Fox Star Studios acquired the distribution rights of the film.