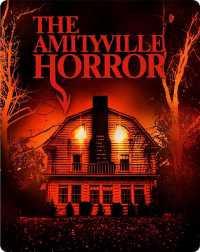 The Amityville Horror is a 2005 American horror film directed by Andrew Douglas and written by Scott Kosar. It is a based on a novel of the same name by Jay Anson and the remake of the 1979 film, as well as the ninth installment of the Amityville film series, which documents the alleged experiences of the Lutz family after they moved into a house on Long Island which had been the scene of a mass murder committed by Ronald DeFeo Jr., who murdered six members of his family there in 1974.