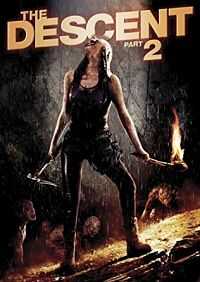 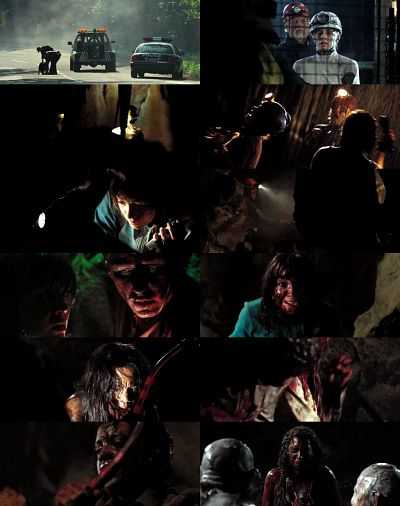 Two days after the events of the first film, a traumatized and blood-covered Sarah (Shauna Macdonald) escapes the cave with no memory of the events. She is taken to a hospital, where it is found that some of the blood on her belongs to Juno Kaplan (Natalie Mendoza). Sheriff Vaines (Gavan O’Herlihy) takes his deputy Elen Rios (Krysten Cummings), Sarah, and three spelunking specialists – Dan (Douglas Hodge), Greg (Josh Dallas), and Cath (Anna Skellern) – to the cave to find the missing women. The team members are sent down via an old mine shaft operated by the old, mysterious Ed Oswald (Michael J. Reynolds).

The Descent Part 2 is a 2009 British adventure horror film and sequel to the 2005 horror film The Descent. It was directed by Jon Harris from a screenplay by James McCarthy, J Blakeson, and James Watkins. The film was produced by Christian Colson and Ivana MacKinnon; Neil Marshall, the writer and director of the original, was an executive producer. Shot in London and Surrey, it was released in cinemas in the UK on 2 December 2009 and on DVD on 27 April 2010 in the U.S.