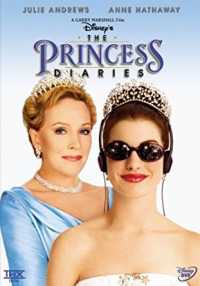 The Princess Diaries is a series of epistolary young adult novels written by Meg Cabot, and is also the title of the first volume, published in 2000. The series revolves around Amelia ‘Mia’ Thermopolis, a teenager in New York who discovers that she is the princess of a small European principality called Genovia.

Meg Cabot quotes the series’ inspiration on her website stating: “I was inspired to write The Princess Diaries when my mom, after the death of my father, began dating one of my teachers; they later went on to get married just as Mia’s mom does in the book! I have always had a ‘thing’ for princesses (my parents used to joke that when I was smaller, I did a lot of insisting that my ‘real’ parents, the king and queen, were going to come get me soon, and that everyone had better start being a LOT nicer to me) so I stuck a princess in the book just for kicks… and VOILÀ! The Princess Diaries was born.