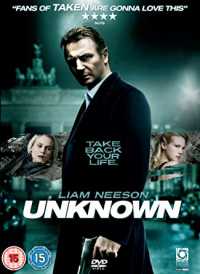 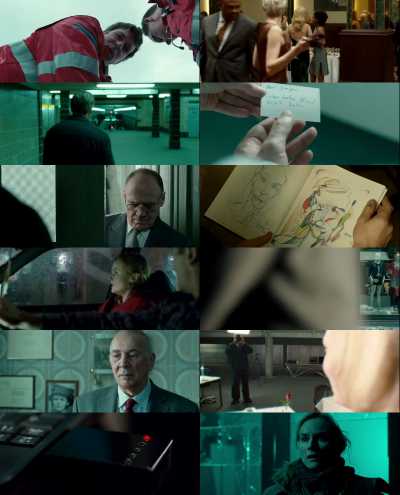 Dr. Martin Harris (Liam Neeson) and his wife Liz (January Jones) arrive in Berlin for a biotechnology summit. At the hotel, Martin realises his briefcase was not in the taxi he just arrived in and must still be at the airport, so he takes another taxi to retrieve it. On the way, the taxi is involved in an accident and crashes into the Spree, knocking Martin unconscious. The driver, Gina (Diane Kruger), rescues him and flees the scene, as she is an illegal immigrant from Bosnia. Martin regains consciousness at a hospital after having been in a coma for four days. When Martin returns to the hotel, he discovers Liz with another man, and she claims to not know him. Martin is arrested by the police. He decides to phone a colleague in the States, Prof. Rodney Cole (Frank Langella) but reaches only his voice mail. Aboard a train, Martin writes down his schedule for the next day by memory. Martin visits the office of Prof. Leo Bressler (Sebastian Koch), whom he is scheduled to meet, but sees the impostor, “Martin B” (Aidan Quinn), already there. As Martin attempts to prove his identity, Martin B shows him his ID and family photo, both of which have the impostor’s face. Overwhelmed by the identity crisis, Martin falls unconscious, then finds himself back at the hospital. Smith (Olivier Schneider (fr)), an assassin sent to target Martin, kills a nurse, Gretchen Erfurt (Eva Löbau), but Martin escapes.