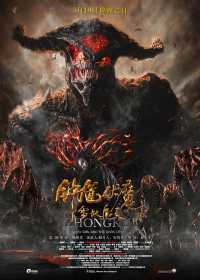 Zhong Kui: Snow Girl and the Dark Crystal (sometimes marketed in the US as simply Snow Girl and the Dark Crystal) is a 2015 Chinese-Hong Kong-United States 3D fantasy action adventure film directed by Peter Pau and Zhao Tianyu and starring Chen Kun, Li Bingbing, Winston Chao, Yang Zishan, Bao Bei’er, and Jike Junyi. Production began on February 16, 2014. The film was released on February 19, 2015. Chinese anti-hero Zhong Kui is set up by deity Zhang Diaoxian to steal a powerful artifact known as the Dark Crystal and purge the Chinese city of Hu from demons – until he discovers that his lost love Snow Girl has also been consigned to Hell. Kui begins to question his true allegiance, and discovers that nothing is what it seems. To get back what he lost, he will have to traverse Heaven, Hell, and Earth and find answers.